Home Traveling Is it Safe to Travel to Dubai 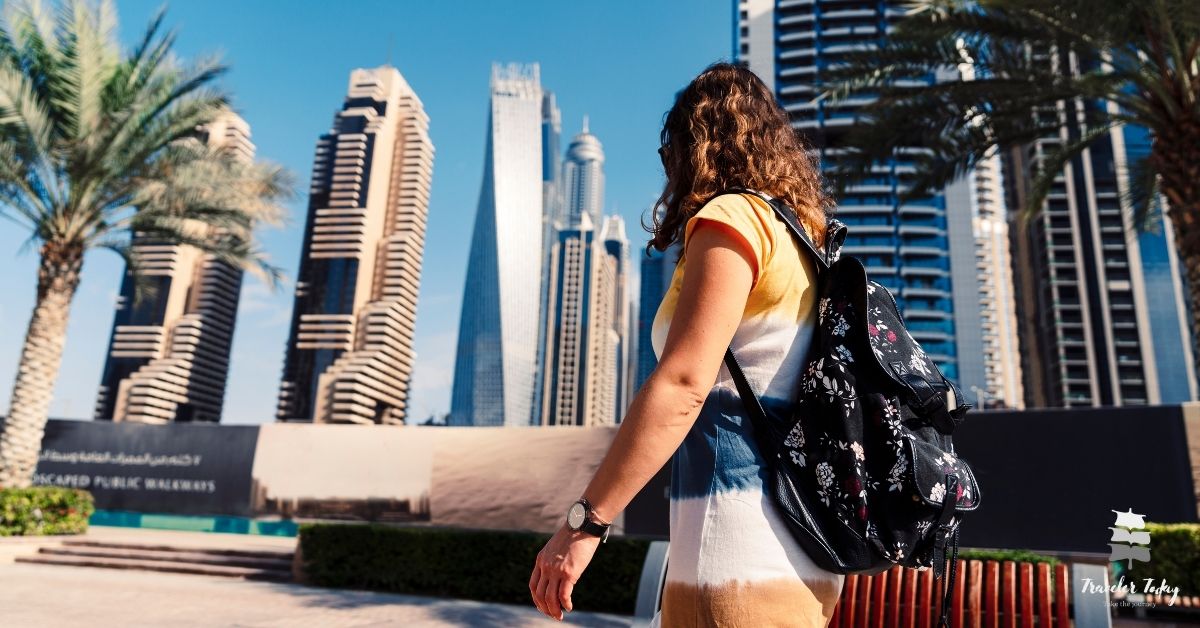 In the desert, shimmering structures are flanked by a similarly gleaming coastline and are home to the world’s tallest structure, the Burj Khalifa. Dubai is without a doubt an intriguing city to visit. It is a future metropolis with a multicultural populace.

Dubai, however, has a variety of restrictions on what is allowed beneath the dazzling malls and opulent hotels. According to local laws, you can’t do a lot of things that aren’t illegal at home, but a lot of people who visit are caught, fined, jailed, or even deported.

We’re going to cover a number of different topics in our handy guide, from the safety of driving in Dubai to the safety of the cuisine… In response to a traveler’s inquiry, “Is Dubai safe for women?” Whatever your issues, we’re here to assist you in resolving them and traveling prudently.

Is Dubai a Safe City?

Whatever your opinion of Dubai, it remains rather great. The simple fact that humans have built gleaming structures on a desert seashore is enough to capture the imagination of curious city lovers. The city has grown steadily since the 1960s when oil was discovered.

On the other hand, Dubai boasts a very low crime rate. Violent crime is rare. Dubai is a safe city to visit, even if you have to deal with some minor theft and bag snatching in crowded places.

You’ll want to protect yourself from the law. It is a sharia interpretation that criminalizes small violations, such as transgender behavior. Furthermore, avoid kissing in public at all costs; you could end up in jail. There are numerous challenges to manage in order to backpack securely in Dubai.

Additionally, considering Dubai’s location on the Arabian Peninsula and its proximity to the Middle East and Yemen, there is a potential for conflict.

Due to the presence of strong currents, simple activities like swimming in the Gulf can be dangerous. Even the most confident swimmers might be swept away. Additionally, the severe desert heat is a factor.

Is Dubai a Safe Place to Visit? The following are the facts:

Dubai prides itself on being “the world’s most visited city,” and it is not far from the truth.

In 2017, Dubai saw 15.9 million international visitors. This represents a dramatic increase from 2013 when it welcomed almost 12 million visitors. Dubai’s economy relies heavily on tourism. The government places a premium on the country’s projecting an image of cleanliness and safety.

Additionally, the UAE is ranked 53rd in the 2018 Global Peace Index, out of 163 countries. Dubai’s police force is actually highly technologically advanced, with CCTV cameras planted around the city. As a result of this combination, they are highly successful at apprehending criminals.

However, as is true across the world, crime exists, and it is largely done by pickpockets in Dubai. Having said that, these are the least of your concerns when it comes to visiting Dubai safely.

As previously said, abiding by local norms and customs requires utmost vigilance and adherence when in Dubai.

Is it a safe time to visit Dubai at the moment?

Dubai is one of the seven emirates that comprise the United Arab Emirates, and it is surprisingly diverse. International residents outnumber domestic residents by 12 to 1, and they also account for a large part of the employment.

However, it remains an Islamic country, and many Westerners frequently find themselves in legal trouble for conduct they would normally take without concern at home. For example, a man touching another man on the hip accidentally or someone applauding an anti-foxhunting organization on Facebook. Needless to say, this is hardly the type of behavior that would land you in jail in your own country, and it is precisely these types of harmless mistakes that pose a genuine threat to your safety in Dubai.

While several residents of Dubai acknowledge that their rules are out of step with contemporary culture, they continue to be legal and enforced.

Terrorists have been posing a threat to the Gulf region as a result of Middle Eastern events. Thus, caution is warranted, as is monitoring local news reports for any indication of a shift in the Middle East peace process. This could wreak devastation throughout the city.

In 2018, Yemen launched missiles toward Saudi Arabia. Additionally, there have been allegations that the country may have its sights set on the United Arab Emirates.

What Part Of Florida is Best For a Honeymoon?

Is Perfume Allowed On Carry On Luggage? Here is a Comprehensive Full Guide

Best Beach In Miami For Couples

How to Start a Travel Agency

Tips for surviving a road trip

Welcome to Traveler Only, your number one source for traveling content. We’re dedicated to providing you with the very best of content by targeting a variety of categories in this niche.
Contact us: traveleronlyinfo@gmail.com

Is It Safe To Travel To Turkey? 7 Safety Tips For...